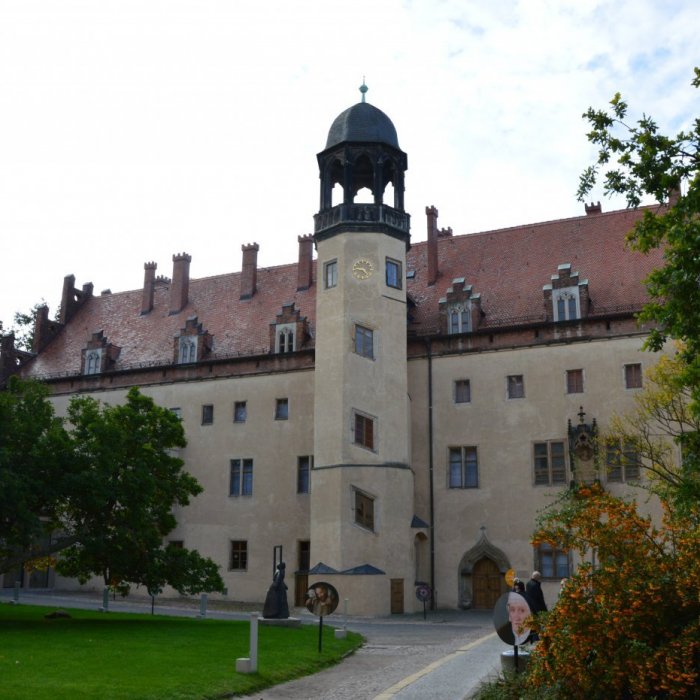 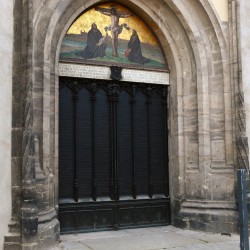 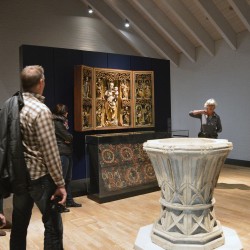 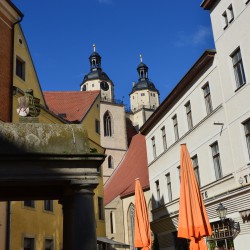 Martin Luther and the Reformation he sparked have changed Europe radically. On this tour you can experience the most important sits where Luther lived and worked, enjoy fascinating exhibitions about the Reformation and look at extraordinary exhibits dating back to that time. Naumburg will be your base for this tour of several towns and cities. Naumburg itself, a cathedral town in the south of Saxony-Anhalt, has also an important place in Martin Luther’s biography. From your hotel in Naumburg you will set off on your daily tours of discovery to Eisenach, Mansfeld, Eisleben, Wittenberg, Erfurt and Leipzig.

Detailed description of your trip

Your Luther English tour of those places in Thuringia where Luther lived and worked starts in Eisenach. The town below Wartburg Castle (UNESCO World Heritage site since 1999) played an important part in the life of the reformer on several occasions. From age 15 to 24 he attended St. George’s parish school in Eisenach. Twenty years later Luther returned to Eisenach to preach. At that time he was already under the Papal ban. He simply ignored the local priest’s ‘preaching ban’. As Luther had been declared an outlaw he was now in great danger. Anyone could kill him without having to expect punishment. Not long after that Luther was indeed kidnapped and taken to Wartburg castle. However, this attach was only faked. Prince Elector Frederick the Wise had initiated it to protect Luther.

You will visit Luther’s House in Eisenach with the Luther Memorial (where Luther was accommodated as a young student). The permanent exhibition ‘Luther and the Bible’ as well as the temporary special exhibitions will make you familiar with Luther’s life and Eisenach’s part in history. Among other artefacts you will see works by Lucas Cranach and the baptismal record of Johann Sebastian Bach (who was born in Eisenach).

Wartburg castle is another item on today’s itinerary. It was here that Luther translated the New Testament into German and the distinctive silhouette of the castle became a symbol of the Reformation as such. Under the assumed name of ‘Junker Jörg‘, Luther spent nearly a year here. A wealth of phrases and sayings originate from his translation of the New Testament into German, which have become an indelible part of everyday speech. When you are in his writing chamber, you will find it easy to imagine Luther working there. That he chased away the devil by throwing his ink pot is probably to be understood as a metaphor for his translation of the Bible. The ink stain that has been marvelled at for centuries has been renewed several times and it is unlikely that really goes a thrown ink pot. Nevertheless, it is a nice story.

This evening of your Luther English Tour you head to Naumburg. Your hotel, where you will stay for three nights is situated here.

Having enjoyed rich breakfast at the hotel, you will set off on the second part of your journey in the footsteps of Martin Luther. You will follow the River Unstrut to reach the Luther Town of Eisleben. On a tour of the town you will visit the house where the reformed was born and also passed away, St. Peter and Paul’s (where he was baptized) and St. Andrew’s church (where he gave his final sermons and was laid out after his death).

You will continue your Luther English tour to Mansfeld, a town east of the Harz mountains known for its copper and silver mines. In 1484 Luther’s father moved here in order to get a job as in mining. It was here that Hans Luder (sic) managed to rise in society to become an entrepreneur. It cost him not only a lot of energy – it took him 15 years to pay off his debts. His son martin Luther spent his childhood years in Mansfeld. On a tour of the town you will see the Luther Fountain depicting the reformers life in three bronze reliefs. In addition, the so-called Luther school (built around 1600 – far too late for Luther to attend) and the chateau of the Earls of Mansfeld are also stops of the tour. Luther visited the chateau on several occasions and was at least an acquaintance of Earl Albrecht if not a friend. The exhibition ‘I am a child from Mansfeld’ in the house where Luther’s family lived will tell you about their family life. You can even see the marbles Luther played with as a child. A visit to the St’ George’s church rounds off the tour. As a child Luther served as an altar boy in this church. It is said that a golden vessel for use during Holy Communion that is still kept here was held by Luther himself. Full of new impressions about Luther’s life and Luther English tour you return to your hotel in Naumburg.

Wittenberg and Leipzig are today’s destinations on our tour in the footsteps of Martin Luther. Wittenberg is considered the cradle of the Reformation. It was here that Luther posted his famous 95 theses in 1517 on the door of the Schlosskirche church. At that time that was less spectacular as it seems today as the door officially served as a public notice board in those days. Inside the church – the first stop of the day – you can also see Luther’s tomb with the Luther epitaph by Cranach the Elder. Luther’s contemporaries Philipp Melanchton and Lukas Cranach also lived in Wittenberg. Their houses are the next stop on the itinerary. Finally, you will visit the Augusteum and Luther’s House with the most comprehensive collection in the world about the history of the Reformation.

The return journey takes you through the old city of trade fairs – Leipzig, which Luther frequently visited. Once he came here as ‘Junker Jörg‘. However, even though he was dressed up to suit his new identity he was discovered and his appearance caused an adventurous but in the end futile search for him. His most important stay in Leipzig took place in 1519, when the famous Disputation of Leipzig between him and Eck, a Catholic professor of Theology, took place in the old Pleissenburg castle. This discussion lasted weeks and both sides considered themselves winners at the end of the event. Even then nobody liked losing. You will get to know Leipzig and its places that are linked to Luther on a Luther English tour.

There is the option to round off the evening with a meal in Auerbach’s Cellar. This building was later made famous through Goethe’s Faust, but it had been built earlier in Luther’s period for the chancellor of Leipzig University. Luther was a friend of the chancellor and stayed with him for a while in 1539.

Today you will pay a visit to the old city of Erfurt. You will see the Augustinian monastery and the exhibition ‘Bible – Monastery – Luther’. Luther got his spiritual education here from 1505 to 1511. During the Luther English tour you will be able to see how an Augustinian eremitic monk lived at the beginning of the 15th century. A subsequent guided walk through Erfurt’s old town will take you to the Cathedral of St. Mary’s, where Luther was ordained as a priest, as well as to other sights.

If you wish any changes in the travel programme, please contact us. We will send you our best tailormade offer!