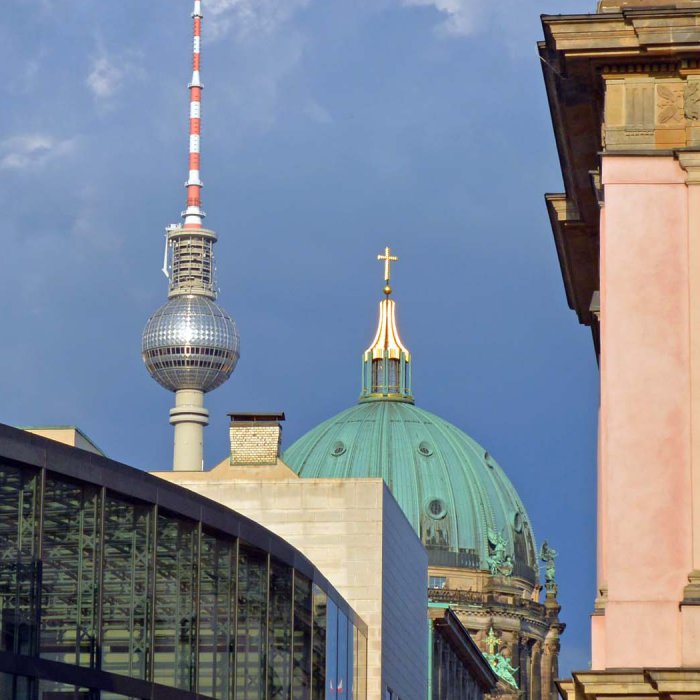 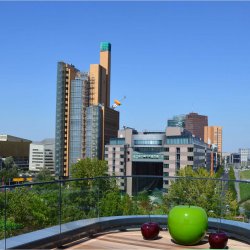 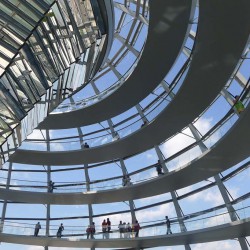 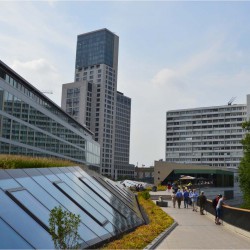 Discover the architectural highlights, which the capital of Germany has to offer. Learn more about the social housing, the regulation of the rental fee and the gentrification. Use a unique chance to compare 2 parts of the city West Berlin with its architecturally valuable buildings and the East Berlin with the so called “Stalinbarock” style on Karl-Marx-Allee.

Discover the architectural highlights, which the capital of Germany has to offer. Since the German re-unification the population movement to Berlin has started. The building activity has consequently increased. Discover controversial buildings, such as the city castle and have a look at the numerous buildings, which offer imaginative design.

This tour features the new parliamentary buildings around the Reichstag, the new face of Germany’s political power. It takes visitors to see the banks and embassies around Pariser Platz and the Brandenburg Gate and continues to the new Central Station and the apartment complex „Sapphire” in Chausseestrasse.

This Berlin tour will acquaint you with the following architecture: the old Reichstag, which has been redesigned by Sir Norman Foster; the building ensemble of the new Bundeskanzleramt in the Spreebogen, which was designed by the architect Axel Schultes; the lower house of the German Parliament (Paul-Löbe-Haus) and the Marie-Elisabeth-Lüders-House. You can also have a look  at the Central Station by the architects Gerkan, Marg and Partners, the apartment complex “Sapphire” designed by architect Daniel Libeskind; the Academy of arts Berlin – the work of the architect Günter Behnisch; the DZ Bank, designed by star architect Frank O. Gehry; he French Embassy – a masterpiece of Christian de Portzamparc; Peter Eisenman’s Berlin Memorial to Europe’s Murdered Jews.

Berlin Architecture Tour 2: The old and new centre of Berlin

The historic centre of Berlin located between the Museum Island and the Gendarmenmarkt since re-unification of Berlin has been connected with Berlin’s famous “Friedrichstrasse” and the magnificent Boulevard “Unter den Linden”.
The tour takes you to the Prussian heart of the city: from the “Schauspielhaus” by Schinkel, Berlin’s Neue Wache, Altes Museum and the Bauakademie. On your tour you will also have time to explore the department store Galeries Lafayette by star Architect Jean Nouvel, the Exhibition Hall of the German Historical Museum Berlin by M. Pei, residential and commercial buildings by Josef Paul Kleihues, Pierre Boulez concert hall by the star architect Frank O. Gehry, the German Foreign Ministry by Hans Kollhoff and Müller Reimann, and the restoration of Berlin’s New Museum by David Chipperfield.

The former east/west German border strip is now a new quarter of reunited Berlin. It combines the top quality, modern architecture and an outstanding urban design.
Some buildings on the tour can be viewed from inside, for example, the Daimler-City by Renzo Piano, the 5-star Grand Hyatt hotel by the architect Rafael Moneo. Don’t miss the Sony Centre by a famous architect Helmut Jahn and the Beisheim Center by the Munich architects Hilmer & Sattler and Albrecht. Enjoy the first-rate architecture of the Cultural Forum Berlin with the Neue Nationalgalerie by Mies van der Rohe and the  buildings of Scharoun as the Philharmonic Hall and the State Library.

The return of the embassies to the Embassy quarter, Berlin-Tiergarten, presents an impressive combination of its modern architecture and monumental buildings from the National Socialist period e.g. the Danish Royal Embassy in Berlin and the Italian Embassy. Subsequently you will have a look at the Zoofenster, the  tallest tower in the City West, which perfectly reflects the modern lifestyle in the capital City.

During the tour you will pay a visit to some other architectural sights, such as the Nordic Embassies (Parkkinen and Berger), the Italian, the Greek Embassies and the Embassy of the Republic of Estonia. You will discover the Embassies of Mexico by Gonzales/Léon, Austria by Hans Hollein the Embassy of India by Léon Wohlhage Wernik and the South African Embassy in Berlin.

If time permits, you can also visit the Bremen, NRWand Baden-Württemberg state representations in Berlin (all by well-known architects.)

When the Berlin Wall was still standing, the southern part of Friedrichstadt (Leipziger Straße) with its international Building Exhibition was a place of the city repair after the war.
Since 1990 the area has become popular with tourists and those who are interested in the architecture. The main attractions are the Jewish Museum Berlin’s new building by Daniel Libeskind and the GSW high-rise by Sauerbruch and Hutton.
Throughout your guided tour you will have an opportunity to visit both the GSW high-rise and the Jewish Museum Berlin’s new building.
The residential buildings by Arata Isozaki, Kollhoff & Ovaska, Hermann Hertzberger, Rob und Leon Krier are also included into the tour programme.

The sightseeing programme includes visiting various historic buildings and depends on the traffic in the city. In case of demonstrations or road blocks single sightseeing points cannot be visited.
The tour lasts approximately 3 hours.
Besides our study tour to Berlin we are happy to invite you to the one-day-trip to the Bauhaus settlement in Berlin!

The tour programme can be fitted to meet the personal needs of the tourists.