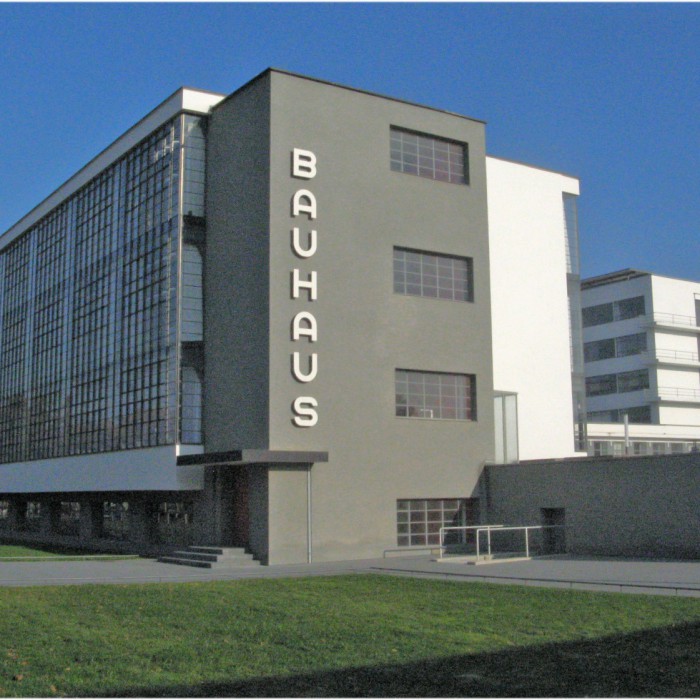 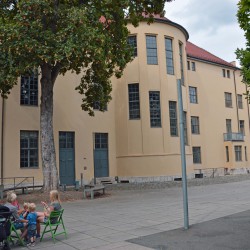 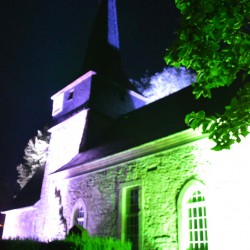 The Bauhaus is celebrating its centenary in 2019. Learn more about the Bauhaus sites in Germany and explore one of the iconic architectural movements of the 20th century.

The Bauhaus architecture tour: 100 years ago the Bauhaus style first arose in Weimar. The founder of Bauhaus was Walter Gropius. Bauhaus style is characterized by simplicity, rationality, and functionality. The most basic tenet is form follows function, with the intention of creating aesthetically pleasing, functional objects for daily use. Today Bauhaus has one of the biggest influences on the evolution of modernism in Europe.

Arrival to Weimar. Your travel guide awaits you in the town. Set out on a day of adventure throughout Weimar. „Following the traces of Henry van de Veldes” will help you to know more about this outstanding person. Henry van de Velde- a Belgian painter, designer, architect, and writer, was the chief theoretician of Art Nouveau, champion of the applied arts, and prominent in developing a new architectural expression in Europe in the early 20th century. A great number of his buildings remains unchanged here. The impressive examples of architectural works can still be viewed today. The rest of day stands to you at the free court. You will have free time to wander the little alleyways, streets of Weimar and to visit Anna Amalia’s library. You can also visit the Goethe house or just relax in the romantic parks of the town.
Night and breakfast in a hotel in Weimar.

Day 2 – Weimar – the birthplace of Bauhaus

Today is dedicated to discover the early years of the Bauhaus architecture. Enjoy your day exploring Weimar with the tour guide, who shows you the places that played a special role in the life of the Bauhaus architects. The journey “Bauhaus architecture tour” takes you to the former workshops and the modern main building of the Bauhaus University. You will also visit the Memorial for the Märzgefallene. On your tour you will visit the Bauhaus Museum, which contains one of the largest Bauhaus collections in the world. The extensive collections of more than 500 works of art and architecture allow visitors to discover the history of the Bauhaus, which was located in Weimar from 1919 till 1925. (Opening is expected on the 6th April 2019)
Expectedly from April 2019 the New Museum Weimar with its new exhibition “Van de Velde, Nietzsche und the modern art of the 1900” will be opened for the visitors. The works of Art Nouveau, Realism and Impressionism will be shown.
The rest of the day is at your disposal to do as you please. Take time to visit the German National Theatre, which first gained its popularity, when Goethe was the director of the theatre. Use a unique opportunity to experience a play in the theatre.  Or spend a couple of hours visiting the Haus am Horn, which is thought to be the earliest preserved example of Bauhaus architecture.
Night and breakfast in a hotel in Weimar.

From Weimar make your way through the German countryside and highways to Dessau/Rossau. Dessau is the city of the Bauhaus, the famous design school. With the moving of the Bauhaus from Weimar to Dessau great designers, artists, architects and their students came to the former residence town of the Anhaltine Dynasty. Besides these exclusive architectural pieces of the 20th century there are palaces and parks of the 17th and 18th century in and around the city. The Bauhausbuildung and the Master Houses by Gropius are listed as Cultural Heritage of the UNESCO.
The evening is free for you to soak up the atmosphere and discover what hides behind every street corner. Facultative program: visit of the Anhaltine Theatre.
Night and breakfast in a hotel in Dessau.

Spend your day exploring Berlin. A city tour/walking tour „Bauhaus in Berlin“ brings you to the Neue Nationalgalerie by Mies van der Rohe, which is an icon of modern architecture, Hufeisensiedlung Britz,  the Weißen Stadt and a  colourful residence at Gartenstadt Falkenberg.
The Bauhaus-Archiv / Museum of design is unfortunately closed for renovation for some years. Alternatively you can visit the anniversary exhibition “orginal bauhaus” at the “Berlinische Galerie” from the 6th  September 2019 till the 27th January 2020.
Night and breakfast in a hotel in Berlin.

Relaxed and reenergized, you return home with an evocative impression of the history of Bauhaus and your Bauhaus architecture tour. You can also book a further travel programme.